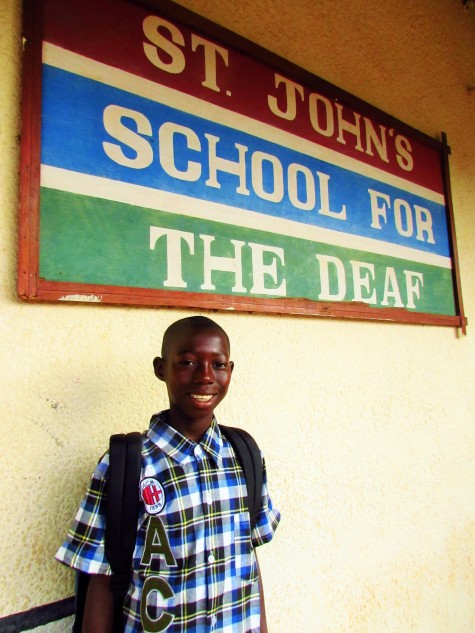 It was hard to miss the group of 30 or so students furiously signing to each other as we walked into Gambia’s only school for the deaf. The kids bubbled with excitement, chasing each other and laughing as they reunited on the First Day of School after a long summer break.

Sama couldn’t take his eyes off the kids. I couldn’t take my eyes off Sama. Transfixed in a stare that exuded wonder, the look on his face spoke more than words could ever say. Unable to hear or speak, Sama grabbed my arm and pointed toward the students; he cupped his hands over his ears, then patted his chest.

It was the first time the 13-year-old had met anyone else just like him.

Sama suddenly lost his hearing at the age of 3 after falling ill. He still could have been a big help to his father in the field, but his parents instead sent him to the school in their rural village hoping he could learn.

Without teachers trained in special needs, Sama struggled but was allowed to pass from grade to grade anyway. Still curious as ever, he spent his free time in the library flipping through the books. It was his obvious desire to learn that inspired me to find a way to give Sama that chance. It was through your heartfelt donations that that became possible.

Waiting to register Sama for school, I chatted with a first-year student teacher in the courtyard. Her classmates and family members had mocked and teased her for being posted at the “special school.” All summer she had dreaded that first day, unsure if she’d even be able to learn sign language to teach these “stupid” kids. And now here she finally was, unable to hold back her tears.

“I walked in this morning and was so inspired to see these kids communicating in sign language,” she said, excited to join the rest of the dedicated teaching staff. “I realize now that I was posted to the special school like everyone teased. It’s just that it’s a different kind of special.”

The teacher walked with Sama and I to the front of the building where she snapped our picture under the school’s brightly painted emblem. Sama beamed as he looked beyond the camera at his new classmates gathering for the morning assembly. 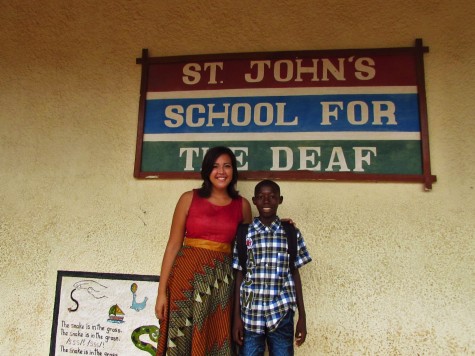 To support Sama in his school years to come, please donate.