For Fathers’ Day: Quotes by ‘Baba’ 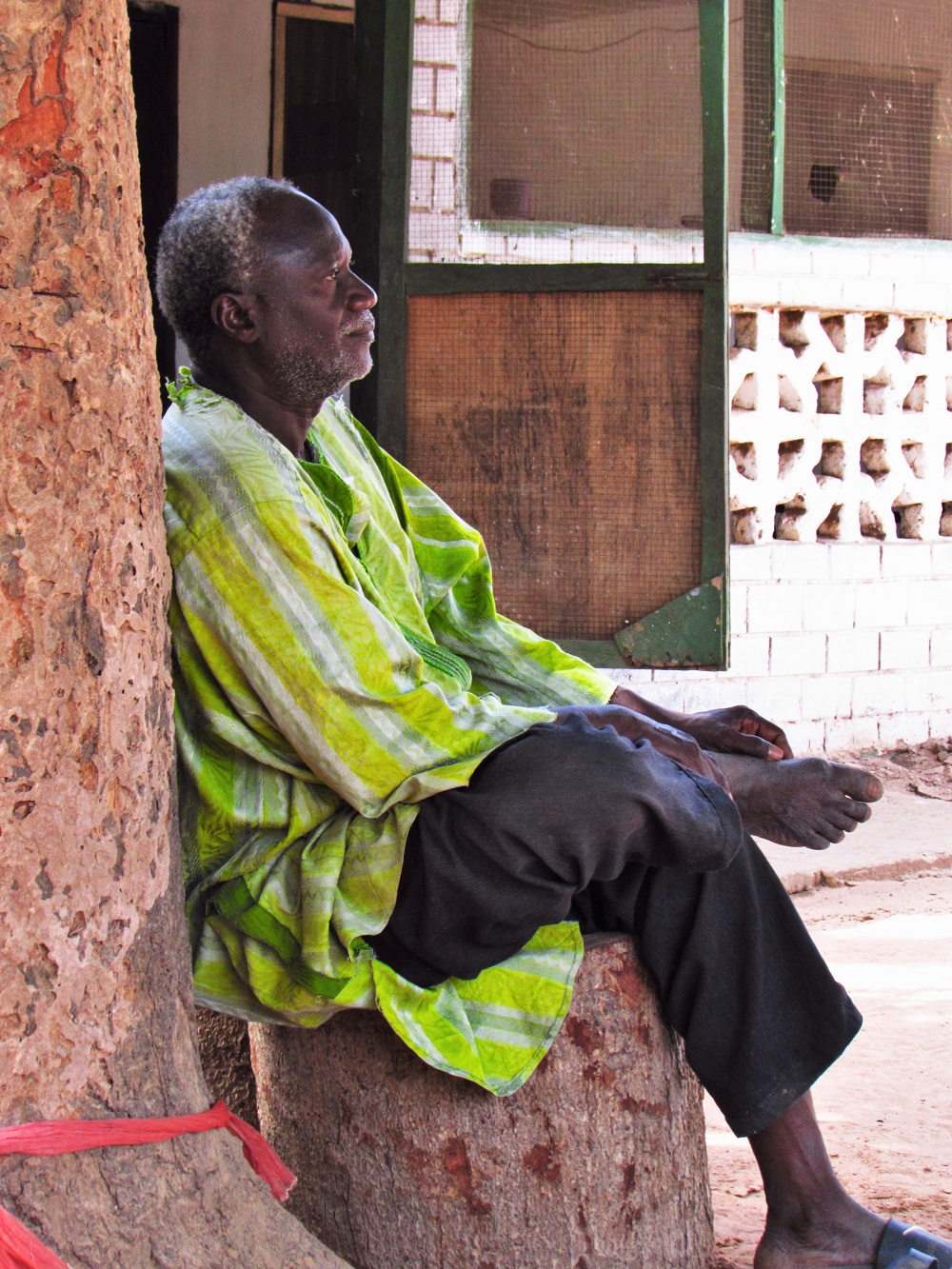 My host father is a man of few words. But when he does speak, they are words of wisdom. When he speaks – people listen.

A longtime first grade teacher, my host father is highly respected in the village. He’s called on to settle disputes among our extended family members and even between other compounds. He is often chosen to lead school trainings and community prayers.

He is more intelligent than most and he is one of few Gambians lucky enough to have had the chance to travel abroad. He remembers the Spanish he learned over 50 years ago, enjoys politics and keeps up with current events as best as possible. I’ve secretly come to love the afternoons when students are NOT scheduled to come to the library. My dad and I often sit there, alone in the library we made together, and just chat about life. 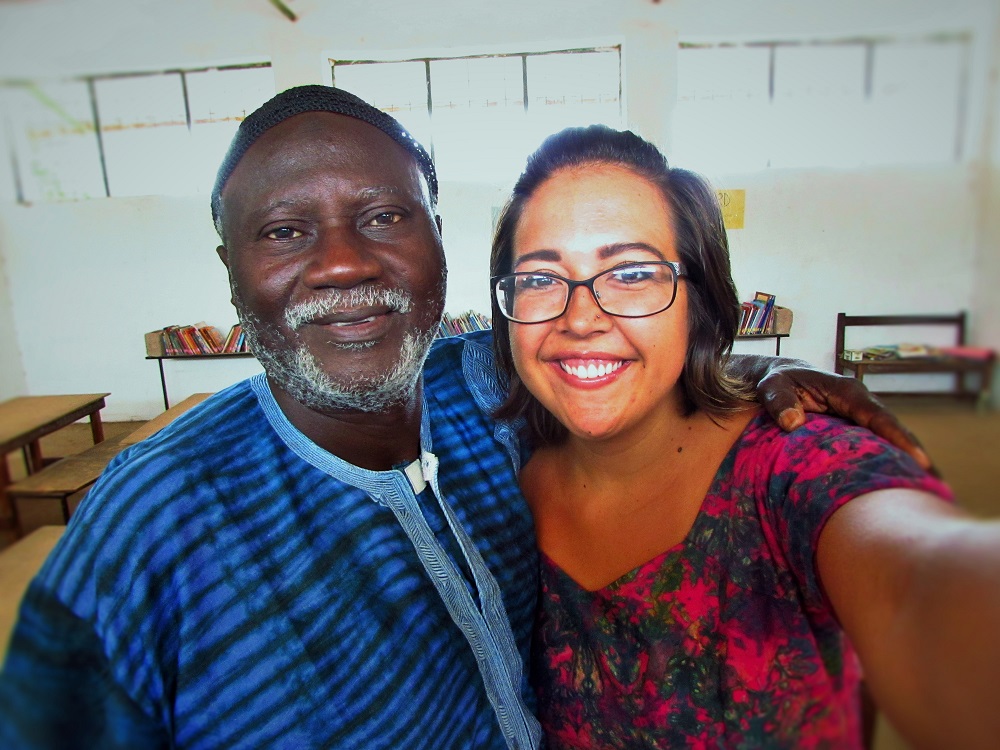 In honor of Father’s Day, here are some memorable words of wisdom from the man I proudly call “Baba.”

“In The Gambia, we may be poor but we have peace.”

On why he chose to marry his wife:
“Oh, you know. We met somewhere. I liked her. She liked me. And that was that. We married.”

Most wouldn’t dare to interrupt the head master of our school. Once, two hours into a meeting that consisted entirely of the head master lecturing the teachers for a variety of misgivings, including ‘not respecting time,’ my host father stands up and, to much applause, calmly says this:
“You are telling everyone to respect time. Then please, respect time. And right now, it is time for 2:00 prayers. Respect time, and let us pray.”

As I joined my family gathered around the television to watch an episode of our favorite Mexican telenovela:
“What a pity. You come all this way to experience Africa and we are here, we are just watching TV … That is all. (chuckles) At least this film is interesting!”

On being called to help bury the seventh person in a single month:
“Many people are dying these days. But that’s life. You live. You die.”

“To have a library so the children can come and sit and read … That is my dream.”

After I tried to explain the concept of snow:
“This snowflake thing … I am really trying but I just don’t think I can understand it.”

Interrupting the head master while he lectured the teachers in another long staff meeting:
“Change. The key word here, people, is change. The president of the most powerful country in the world ran on a platform of change in 2008. The American people liked it. And now here, we will like it. Change. Be better. It’s for the children and it’s so we can get out of this meeting. … Also, you can now call me Barack Obama. Thank you very much.”

While eating his bazzilionth piece of watermelon harvested from his own farm that day:
“The first time I saw this I was a boy in Spain. I did not even know what it was. I wasn’t sure of it, so I didn’t try it. Can you believe it? How could I not even try it? All those years went by, and I didn’t know what I was missing.”

When I questioned why he was sitting inside the animal pen with the sheep:
“What? (shrugging) I like my sheep. They don’t talk.”

On discovering the meaning of art:
“I remember when I was a young man in Spain and my friend took me to this museum and we saw art. And I said: ‘What is this? I suppose it is beautiful, sure.’ But I really didn’t know anything. I had not experienced something like art before. Now I know that art is something more than that. You can learn about another culture, about history, about people. Sure, art is beautiful. But it is also very interesting.”

On observing a teacher who was yelling at her students (seeming shocked although this is normal here):
“It seems she doesn’t like children. She was just yelling at them … for being children. How can you not like children when you teach Grade 2? You should be singing and playing games and well, anyway, you should at least like children!”

“When did I go to Spain? When did I start teaching? When did I move to this village? (chuckles) I don’t know. Some time ago before I became an old man. I really don’t like dates.”

“How many mangos did you eat today? Ha. Only four? I ate up to 10. I didn’t want to, but there were so many sitting there.”

“Love does not get old if it is genuine. We don’t show it through hugs and kisses and things like that here because it is not our culture, but we feel it.”

Flipping through books in the school library:
“I can see, just from these books here, that in your country everything is somehow incorporated with learning. You bake a cake and follow a recipe. As a child, you are helping your mother bake a cake and you think that is nice, but really you are reading, you are following directions, you are making some choices. And look at this picture, you make this kite thing … I guess that’s probably fun and I am sure you are also learning something. Anyway, I like this book, but we don’t have experiences like that for our children here.”

“Gambians know time for breaking fast and for the five daily prayers. Other than that … time … (chuckles) Time for what?”

“How can people just be quarreling like that when you know you have to live next to them forever?”

“You can’t say you never want to get married. It’s just natural. We are humans and we need somebody to hold us. Even you can’t deny that.”

“You may not want to hear it, but change is hard. If it were easy, you would not be here helping us. Change is hard and life isn’t fair. But that is just life, isn’t it? We all do what we can and that is that.”

“I don’t have much, but I have my family and my children are here. And so, I am happy.”