When I met a child bride on her wedding day

It’s difficult – impossible, perhaps – to describe what it’s like to see a child bride. I’d heard countless stories of young weddings … stories from people I know, people I call “friend” and “sister” even, who had been married off as mere teens. But stories just aren’t the same.

The stories weren’t the same as talking to a 15-year-old girl dressed in her wedding outfit instead of her school uniform on a Monday morning.

“Camera me,” she said smiling like she knew she was the most beautiful girl at the water pump that day. 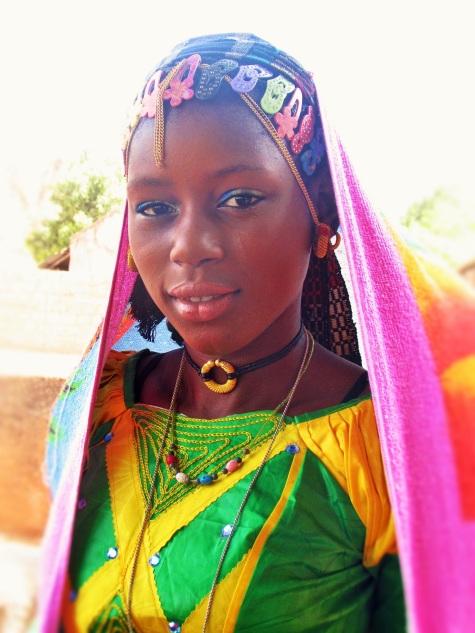 Aminata, a 15-year-old bride on the day of her wedding

She waited in line for her turn to fetch water, dressed in a gold-embroidered blouse and three layers of traditional fabric wrapped around her waist. A gold chain ran from the center of her forehead out to each of the heavy red and gold hoops that hung from her lobes, a symbol that she is a married woman in some Fula tribes. Necklaces draped around her neck and beaded bracelets stacked halfway up her arms. Beneath her colorful veil was hair in perfect plaits and a face caked with make-up. She looked out of place among the shabby thatch-roofed huts that served as her backdrop.

A slightly older girl ran up beside her, lacing her arm with the bride’s.

“Can I take a picture of you with your friend?” I asked. 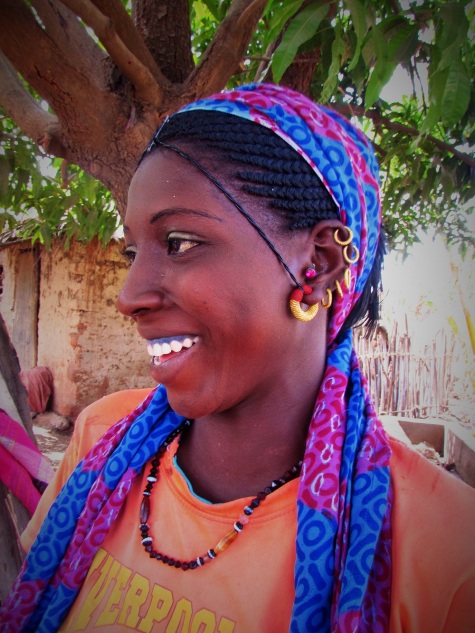 Ruby, on the day her husband wed a second wife

I began snapping pictures as they fidgeted with the veil, laughing and teasing each other like the school-girls they used to be. 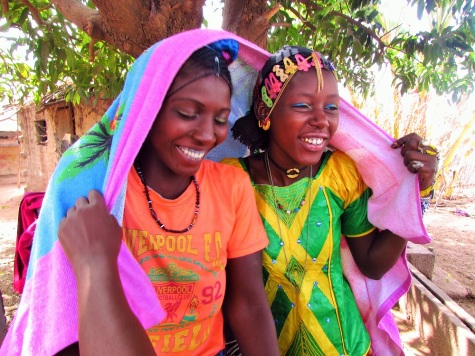 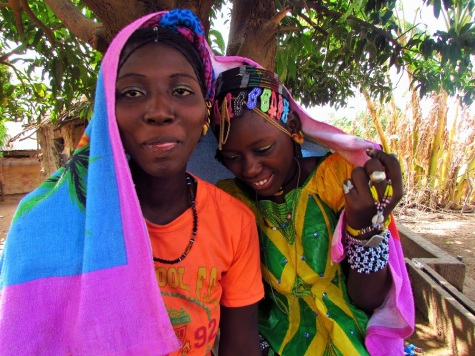 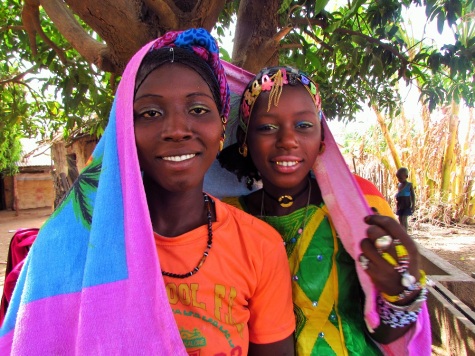 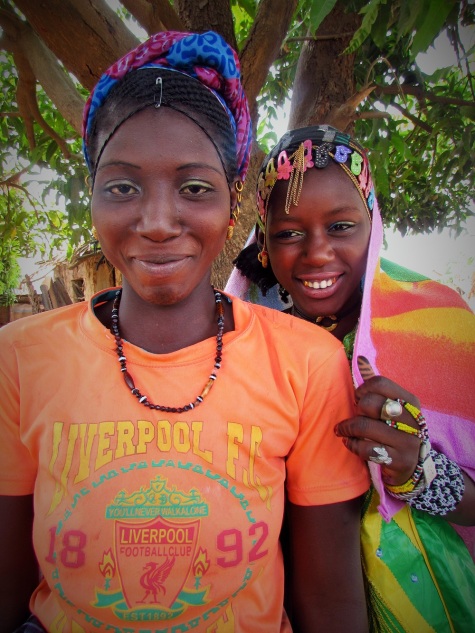 I didn’t expect to see what seemed like such unabashed happiness on the faces of teenage co-wives. “The bride doesn’t even understand what’s happening to her because it’s the only culture she knows,” I thought. “Maybe she’s just caught up in the celebration of it, the feeling that she’s dressed up just like a princess?” “Or maybe she knows exactly what this means but she’s choosing to be happy since it’s the only choice she gets to make?”

I’ll never know what she was thinking on her wedding day, nor would I ever be able to understand.

And to cope, I’ll leave it there for now — file it away as another memory, an experience I don’t understand, a tradition I cannot change.

Early marriage is typical among Fulas but I hadn’t yet seen a young bride during my time here in The Gambia. I live in a mainly Jola and Mandinka community and although there are also Fulas, my village is closer to the city where such practices are dying out. That day I was upcountry in a Fula village 9 kilometers into the bush four girls were married off.