Queen of the Compound

The following is a profile on my host mother and Gambian namesake who cared for me during my two months of Peace Corps training. She not only welcomed me to her home, but folded me into her family — worrying and fussing over me as if I really was her daughter. She is quite the character and an inspiration for my service. 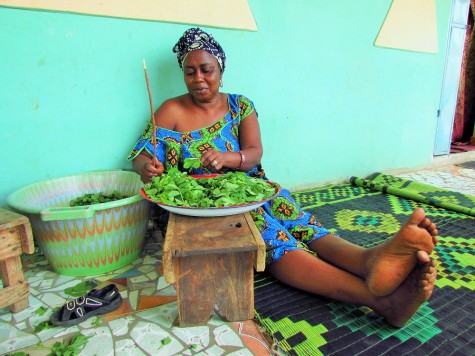 Picking the stems from leaves to make pulasas for dinner, while still managing to hold her trademark tree branch to threaten the kids.

The lowly title of second wife, the household’s last elder in command are mere misnomers; Fatou Badjie rules her compound – and she does so with a skinny tree branch in her fist. Perched on her stoop, Fatou shouts orders to her teenage daughters who do her bidding. She is strict, but always smiling.

At 50, her long days of fetching water, sweeping, laundering, cooking and child-rearing are finally mostly over. After cleaning the local firehouse, Fatou lounges away the afternoons, her exposed breasts sagging from the weight of childbirth. But even as she dozes beneath the sun’s blaring heat, she listens for every sound as if she were a fierce lioness ready to pounce. 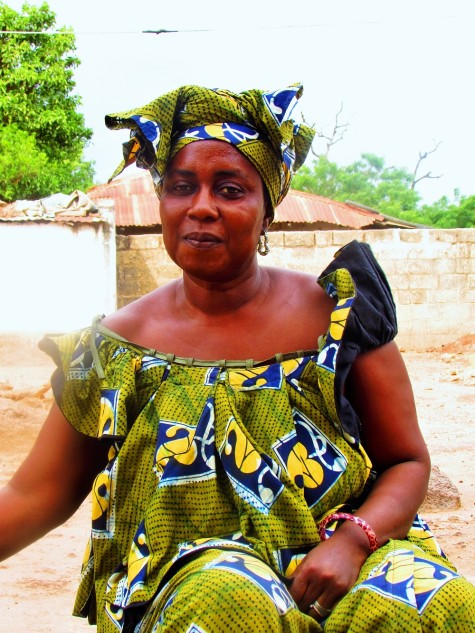 “She is strong,” her youngest daughter, 18-year-old Abie, says. “She sacrificed everything for us. She struggled so that we all could have an education.”

Although Fatou never attended a single day of school herself, she ensured all four of her children not only completed high school, but excelled. Her two eldest are now civil servants, and her two youngest, a soon-to-be nursing student and an aspiring journalist.

Fatou can barely sign her name but does understand bits and pieces of spoken English that she has taught herself.

“Me, I never went to school,” she says. “But I try, I try. English is my country’s official language, so I try.”

Fatou is the eldest of her father’s 17 children. There was no money to send her to school back before girls’ education was free in The Gambia. Even if her family had had the means, though, her job was to raise her siblings, she said. Then she married at 17 and had her firstborn two years later.

With a lost childhood, now is the time she can finally enjoy her youth gone by. Unashamed, she erupts in laughter as she listens to a silly kids’ book and tries to repeat some lines. She colors alongside her grandsons. She bumps her booty while her nieces tease her for her voluptuous curves.

“I like it,” Fatou proudly exclaims, slapping her bum as she twists into a violent shake. “It’s good for dance.”

And dance she does. Always dressed to the nines in stylish robes, Fatou is known throughout the village for attending ceremonies: namings, weddings, holiday parties. Whatever the occasion, she’s there, bellowing through the streets so her presence is known long before she arrives. She must be at the center of anything and everything. 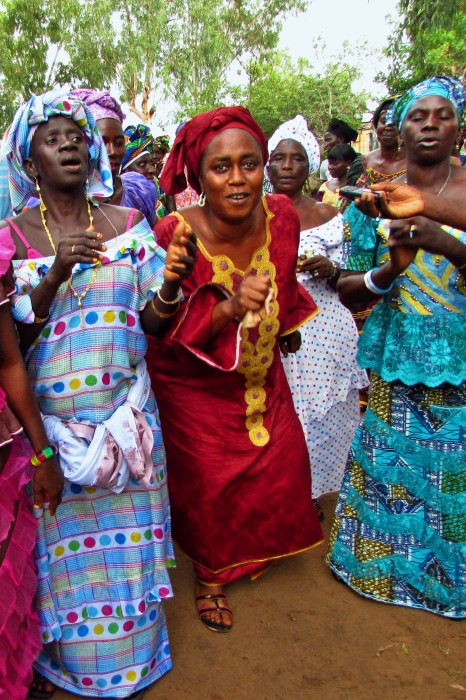 Fatou, center in red, dances at the Peace Corps cultural show after demanding there be a special Jola song.

In her Jola ethnic group, there is no caste; but nevertheless, she resides at the top of society. Elected by her peers to help lead her local women’s club, she keeps their business on track. She’s a representative of their needs and her family’s at village meetings. She’s often sought after for advice and called on to care for her family’s sick.

Even still, she bears no special title. She is a part-time maid, a mother, a second wife. But then again, a title is just a name; status, is who you are.