The familiar drum of the mortar and pestle woke me before the roosters cried. One of my sisters whispered to me so as not to wake the sleeping children at my side. It was 5 a.m. and time to start cooking, she said. I groggily pulled myself from our mother’s bed and walked into the still-dark night.

My first months in The Gambia had been spent with this family doting on me, barely allowing me to lift a finger. “Now, you grow up. We have new baby,” my mother said as she handed me the ladle to stir the porridge.

Eight days earlier, my sister, Sainabou, had delivered a healthy baby girl. Today she would receive her name. 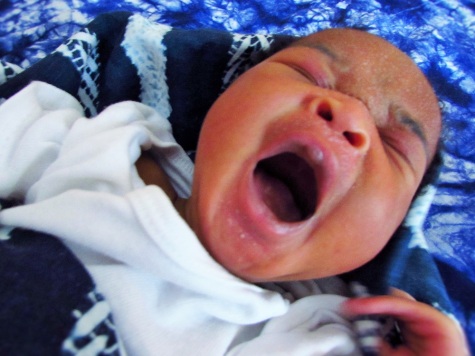 Baby girl without a name

I arrived in Soma for the occasion after being away with my new family for the past three months. Although I was a visitor, gone were the days I was considered a guest, and I felt honored.

I took the ladle and stirred the coos porridge, called monai, as the flickering fire and bright moon guided our work. Soon, the sun lit the sky, and men in their best African robes circled around a prayer mat in the center of the compound. I went inside the house to get dressed.

“You can dress later. It’s time,” Sainabou suddenly said, pushing me out the door still in my pajamas. “Go watch the ceremony and tell me what happens.”

It is Jola custom for the mother of the baby to stay inside the house until after the naming. She would have no say in her child’s name nor be able to watch the ceremony.

Sainabou, a Fula by tribe, and I had quickly bonded when I first moved into her compound. Like me, she was an outsider – unable to speak the Jola language and new to the family. She had moved in four months before me after marrying the eldest son, a man twice her age. She left school and immediately became pregnant. Her husband works in the city and does not even live in the compound, but she still had to leave her own family to live with his. Both far from home, Sainabou and I would play cards and stay up late swapping secrets as we counted shooting stars. In the three months I lived there, she became my closest friend. 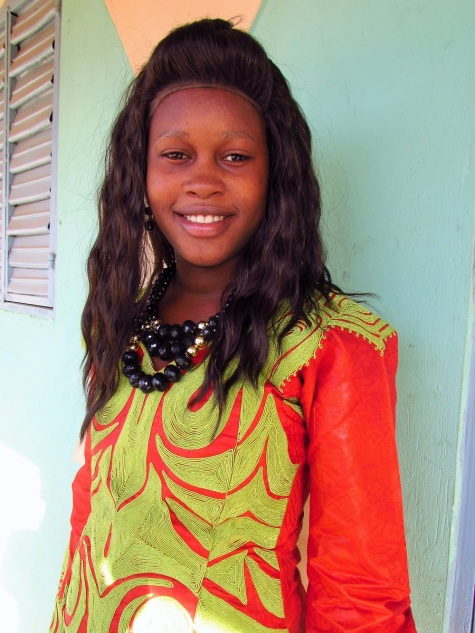 “My family did not even come,” Sainabou lamented, blaming the expensive bus fare. “You are ‘my people.’ I hope she is named for you.”

The elders held the baby as the Imam, the town’s religious leader, shaved off her thick black curls. I snapped some pictures then ran inside to change clothes feeling immensely underdressed. I returned just in time to see the bald baby passed to the center of the circle of men. 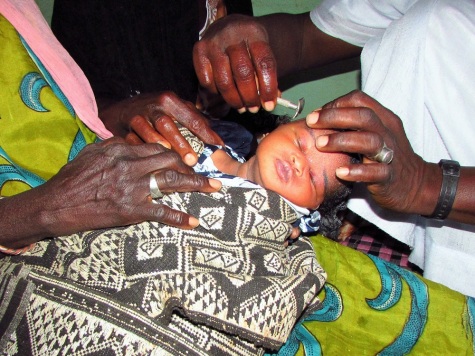 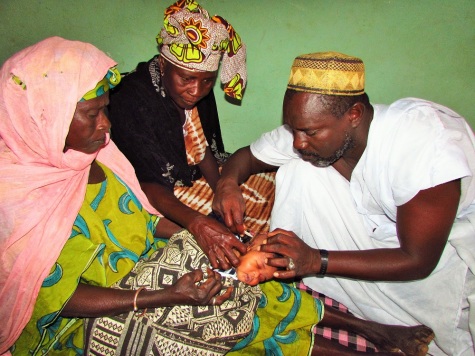 There, the baby’s name was whispered among a muttering of prayers. “Fatoumata,” the Imam declared.

Swaddled in thick blankets, my brother carried his firstborn to me and placed her in my arms. Our mother, my namesake, joined us and put her arms around me: “We have a new toma!”

Beaming, I took the baby inside to share the news with Sainabou.

“Fatoumata,” she said, taking her baby girl from my arms. Then, she paused. “Oh no, she’s all wet!”

I looked down at the big wet spot on my fancy dress and explained that the baby had peed on me right after the naming ceremony. Everyone laughed.

“In The Gambia, that is a good thing. It means she likes you,” my sister said. “She already has your Gambian name. I will nickname her Jessica.” 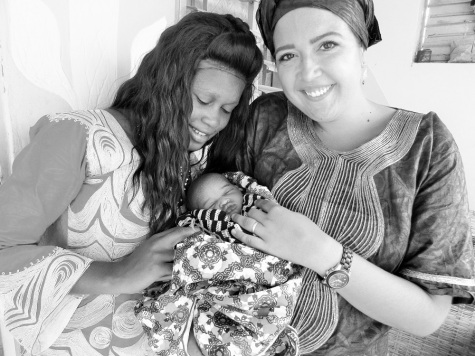 Sainabou, Baby Fatoumata and Me

← From the Kitchen: Thanksgiving in Gambia
Learning about leadership →