Being born and raised in Southern Nevada’s desert, I wasn’t sure how impressed I’d be by Bolivia’s landscape. After touring the Salar de Uyuni, our group spent the next two days enroute to Chile — four wheeling through the desert. Lots and lots of desert.

I’ve never appreciated the desert for its potential beauty, always discounting it as brown and bland. But those descriptions just don’t tell the whole story.

Diverse scenery speckled the trek. Breathtaking views, coupled with a group of amazing new friends made for quite a fun adventure. 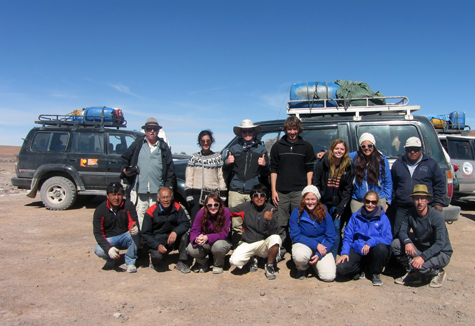 During the journey, we would drive for hours and hours through flat, barren land, finding the tour guide’s promises of new scenery hard to believe. Then, just suddenly, the landscape would change.

After eating quinoa with lunch, we happened to pass wild quinoa fields in surprisingly bold hues. Stacked in lines up to the grey mountainside, this grain-based crop is quite a beauty. 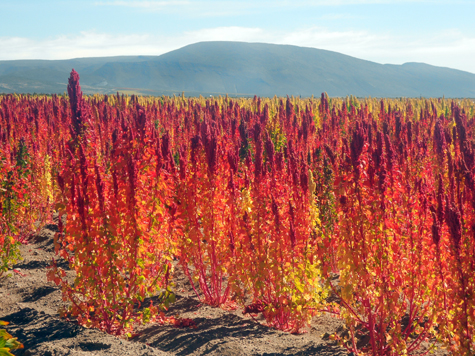 Quinoa growing in the wild.

We passed through two rock gardens. The second of which featured the famous rock tree and a few other sculptures that are otherwise surrounded by desolation. Theories suggest volcanic rock carried by the wind left the formations there.

Word to the wise: Take a hike and duck behind some boulders during the first stop to go to the bathroom. Once you miss this chance, it’s back to pure wasteland for a time unbearable to the human bladder. So if you miss your shot, you’ll be left squatting unshielded from the wind, in the middle of nowhere, while everyone else waits on the other side of the Jeep to give you “privacy.” 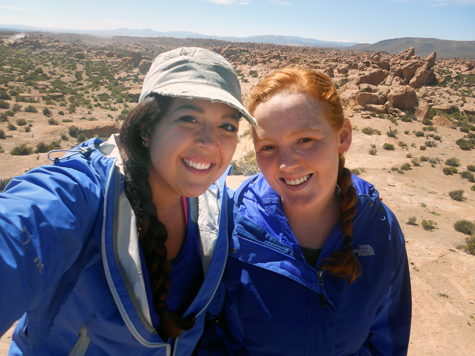 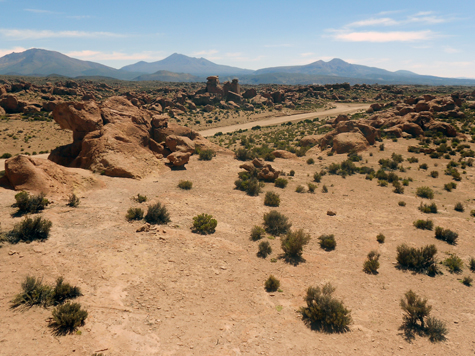 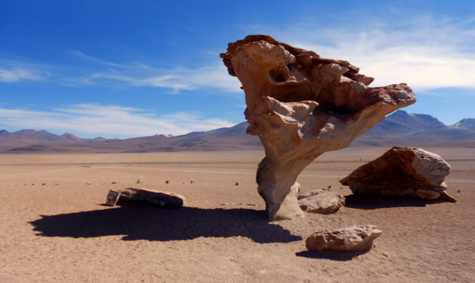 Volcanoes were another surprise after passing through so much flat, empty land. This one pictured is Bolivia’s largest, and it shares a border with Chile.

At another point in the journey, we drove up to 15,000 feet to see a geyser field of sulfuric gas explosions at sunrise. The smoke was so thick, you could barely see in front of you. With the elevation and the gas, my asthma was at its worst so I wrapped my face in a scarf and tried to catch some extra zzzzzzz, hence no photos of that stop. 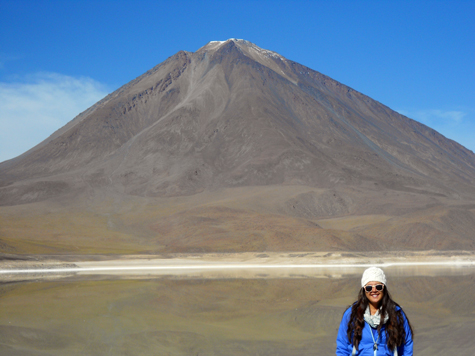 The largest volcano in Bolivia, which shares a border with Chile. 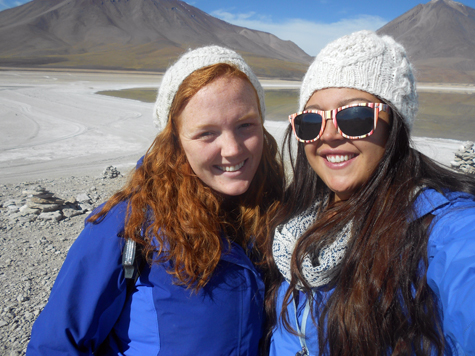 At the green lagoon, in front of the largest volcano.

If you like lagoons, the Bolivian desert will be your paradise as there is enough lagoon sight-seeing to last a lifetime.

We stopped at the beautiful “reflective blue lagoon.” 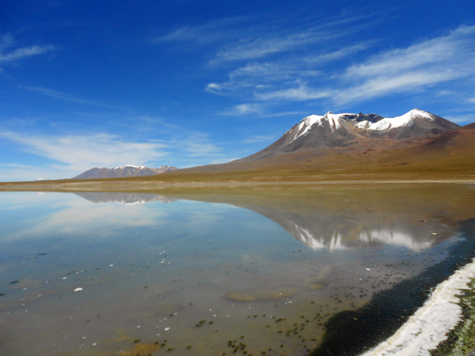 And “another blue lagoon.” 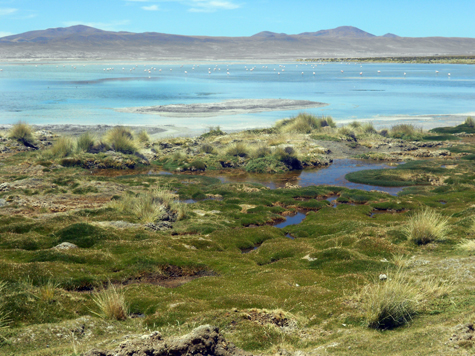 And the “green and white lagoon.” 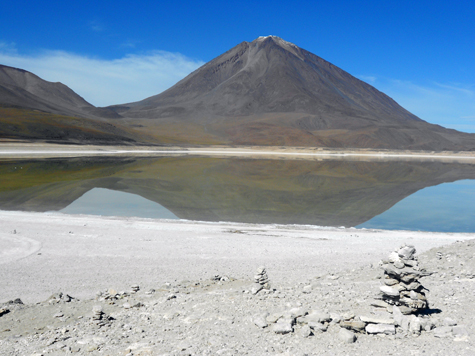 The green and white lagoon changes colors depending on level of natural sediments I don’t remember the name of.

And the “red lagoon.” 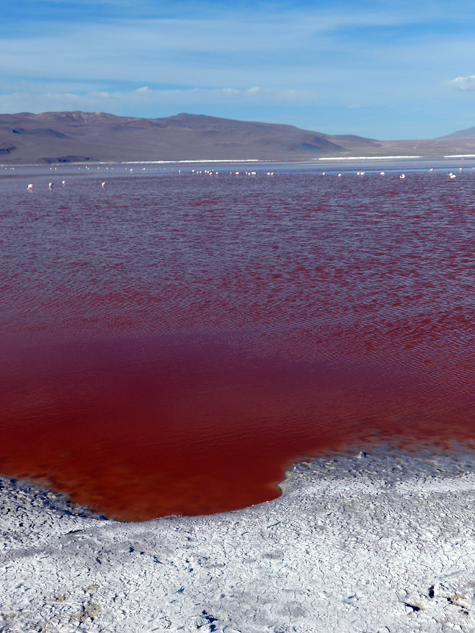 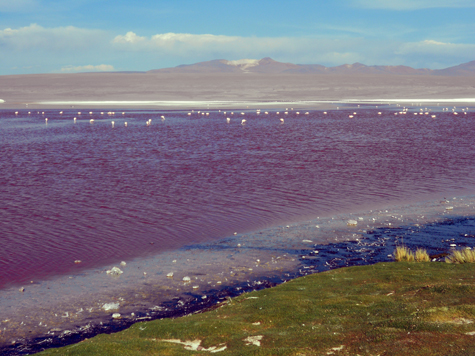 Pink flamingos on the red lagoon.

Up close and personal with the flamingos.

I was honestly a bit lagoon-ed out by the end of the tour. But in all seriousness, each place had its own special intricacies and histories that made it uniquely beautiful.

I felt a bit at home, being back in a desert for the first time in over a year. But this trip to the desert made me appreciate it for a whole lot more than brown and bland.
.
—JDF