Both literal and metaphorical black clouds lingered over our heads during the entirety of our Canary Islands getaway. But since Mallory and I have been living in The Gambia long enough, we knew how to laugh it off and we somehow managed to enjoy the vacation we both had so badly needed. 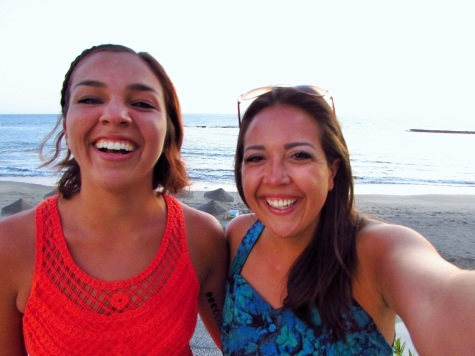 The trouble all started with our matching rompers, which our tailor royally screwed up. The error led to quite a hilarious evening, though, and we shined our phone flashlights well past 10 o’clock at night so he could fix our outfits after the power cut.

From there, we went to get first-world ready at Coco Ocean Resort and Spa. We had hoped to enjoy the pool and get a little base tan, but it was of course The Gambia’s only cloudy day ever recorded during dry season. Bacon-rollups of the juiciest pig we ever tasted kept us smiling. 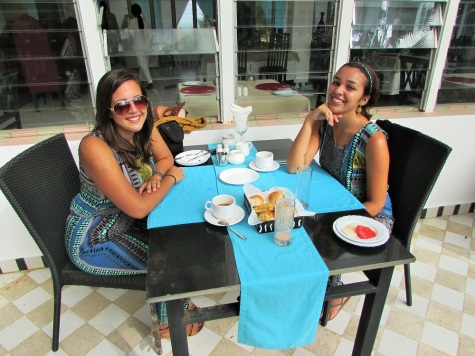 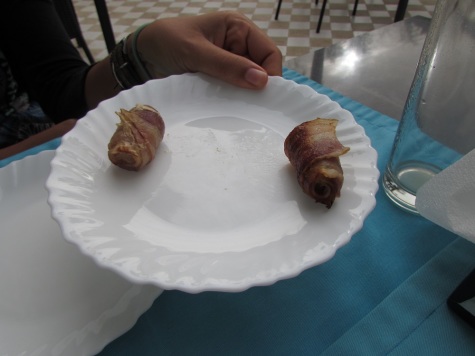 In three short hours, we found ourselves in a shocking new world known as the island of Gran Canaria. Can’t get into details here, but let’s just say the PRIDE of the island was nothing short of fabulous. Gran Canaria for the win! 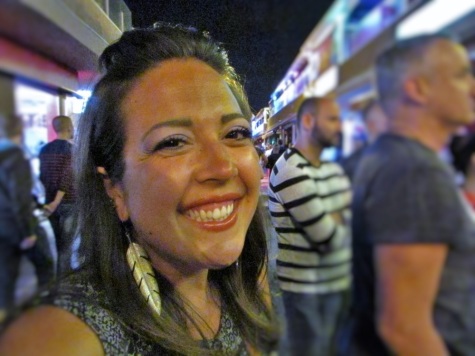 We nearly missed our flight to the island of Tenerife the next day though. Our delayed flight was suddenly, inexplicably and without notice, no longer delayed. What? Haha.

We did make it to Tenerife South, where the beach was basically a bust. We’d head down to the waterfront whenever the sun was shining, only to have that black cloud drift directly and over only our heads. The islands see 15 days of rain per year. During our week-long stay, it rained three times. For the few moments the sun blessed us with her glory, the wind blew sheets of pin-prickling sand into every crevice of our souls. 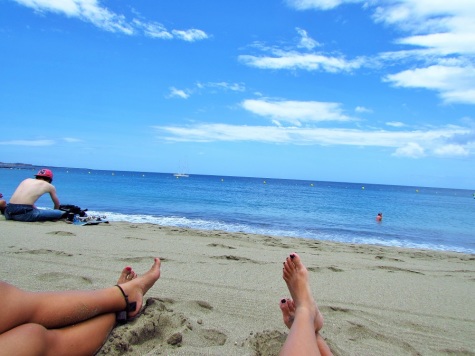 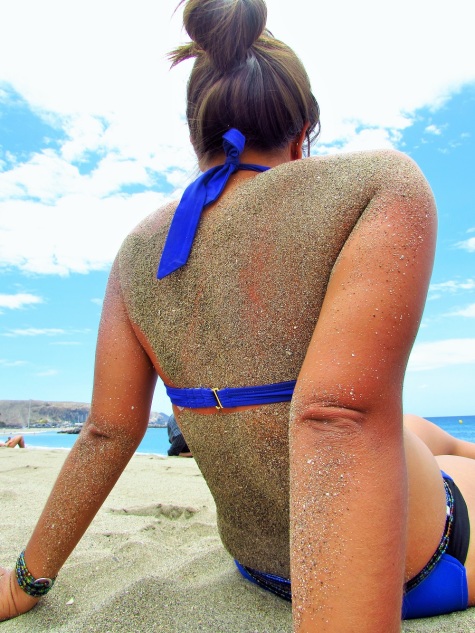 Luckily, Tenerife South also has a whirlwind of commercialism. With each failed sunbathing attempt, we headed up to the promenade of restaurants that spanned from Costa Adeje to Los Cristianos. If there’s no use for a bikini bod, why not eat? The restaurants, which featured impressive menus in six different languages, were on point. We also ate dessert not only every day, but after every meal. Why? Because WE COULD! Another highlight was the number of supermarkets which we frequented for our daily snack time. The food situation, which admittedly was a big draw for this trip in general, could easily be considered the most successful part of our vacation. I even have 5 pounds to show for it. Sorry I’m not sorry. #RamadanIsNear #FastingFears 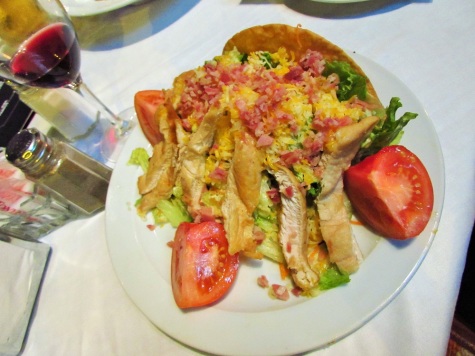 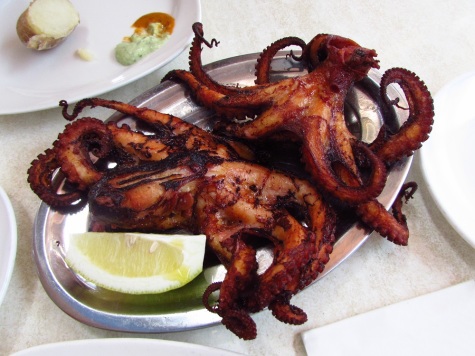 Local specialty, fried octopus, at the renown “El Cine” in Los Cristianos! I unfortunately forgot to take pictures of all the other food: prawns in garlic, chicken in garlic, sushi, etc. 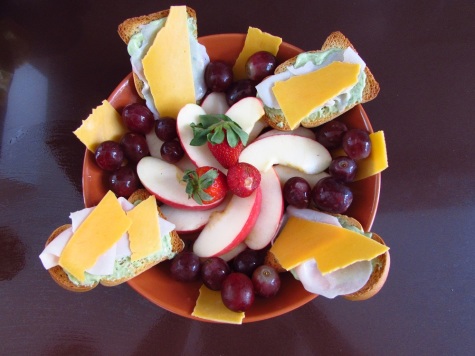 One of many snack times.

We took a bus, that was supposedly difficult but in reality amazing, to the volcano Teide, Spain’s tallest peak. The cable car was, of course, closed for maintenance. No problem, we said, since we had wanted to hike around a bit anyway. But, the accessible trails were … wait for it … also closed. Why? Because it was WEDNESDAY (a fact not advertised at all on the website). We managed to find one path to stroll along, but when we ventured off to climb a small hill, a park ranger came to warn us we’d be shot if we didn’t get back on the trail. Side note: our little “off-book” climb had a path of its own and hardly seemed against the rules. The national park, though, was stunning, and we thoroughly enjoyed our day in the fresh air despite the downsides. 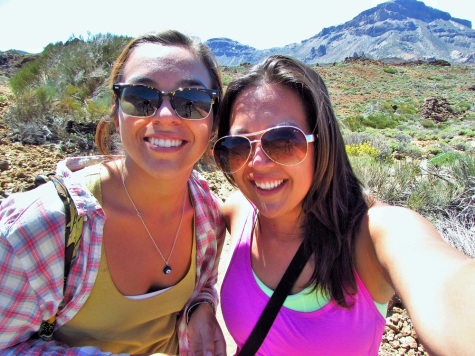 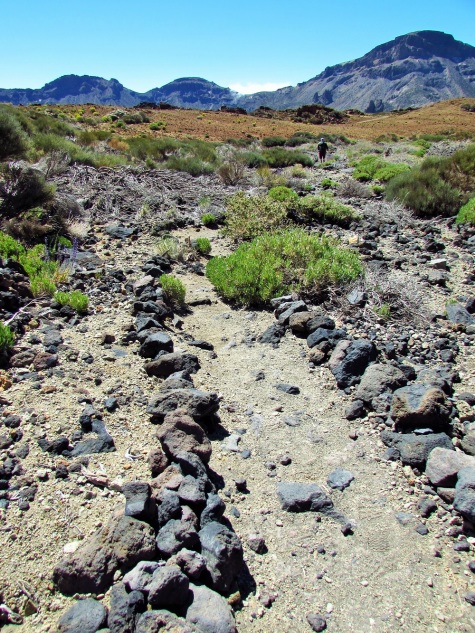 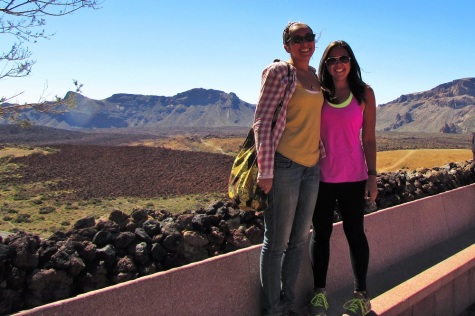 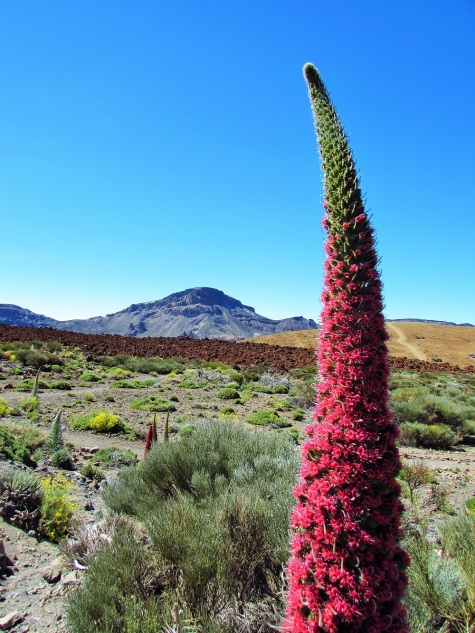 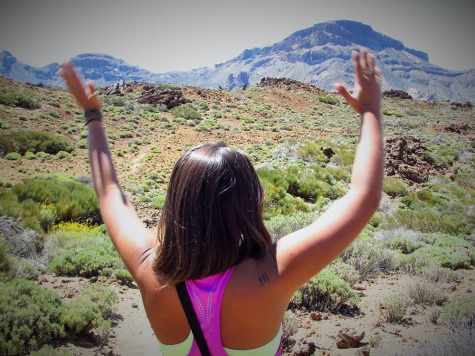 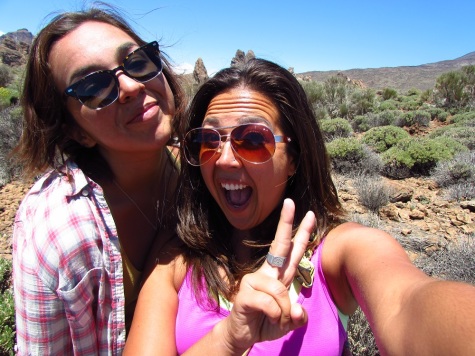 Locals seemed far and few between on this tourist Mecca, so I unfortunately didn’t really get to practice the Spanish I’ve been missing and (sadly) forgetting in The Gambia. Although we met some cool people, we also had a run-in with a drunkard spouting crude and obscene racist slurs at us, which was quite unsettling to say the least. Just another bizarre circumstance in our laundry-list of obscure obstacles, I suppose. Then on the one night we were finally supposed to find that sexy Spanish salsa to dance to, the seemingly only local discoteque was … as our luck would have it … sold out.

We did find dancing back on Gran Canaria, where the queens saved our vacation from complete disaster. The number of mishaps on this trip were seriously laughable; and I laughed so much my cheeks hurt. On our last night, surrounded by open-minds and more skin than we had seen in months, we danced and danced and danced right up until our flight back to the incredibly different world where we live. 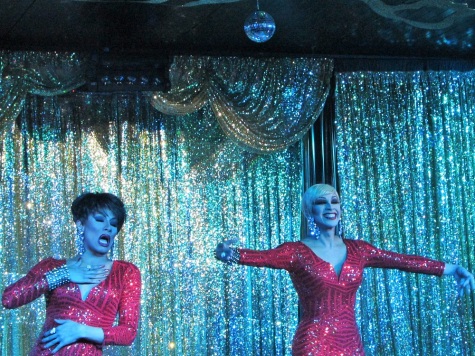 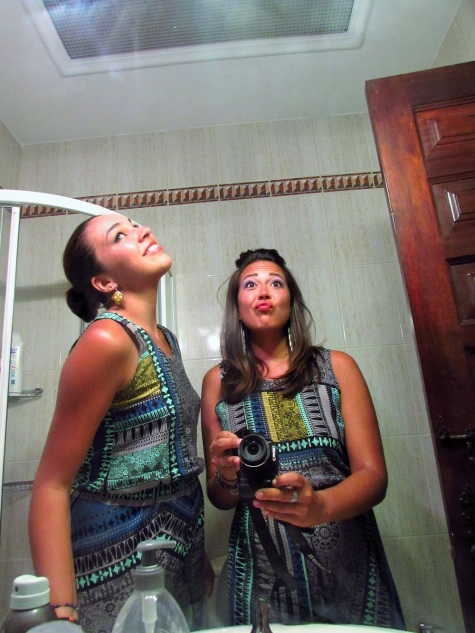 This is apparently what you do in first-world bathrooms … espeically if you are wearing asobis. 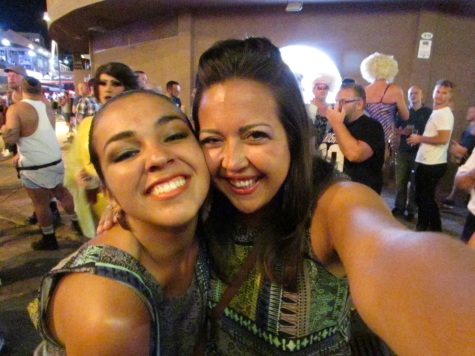 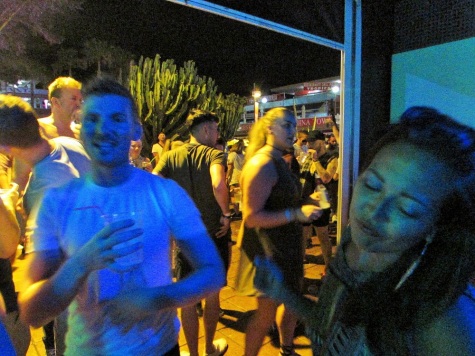