Much to the girls’ disappointment, my hair was far too short to plait for nearly the entire first half of my service. Before my hair even reached my chin, the girls started hinting that it was time to get it braided. I thought there was no way they would possibly be able to plait such short hair. Although they miraculously plait their own when it is far shorter, they agreed that mine was “too slippery.”

My hair kept growing though, and so eventually, I had no other choice than to cave. My hairstyle was all the rage in the village, but between you and me, I looked ridiculous. It was as if a dagger was braided up and out the top of my head. 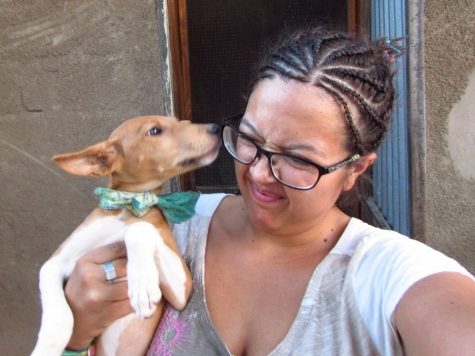 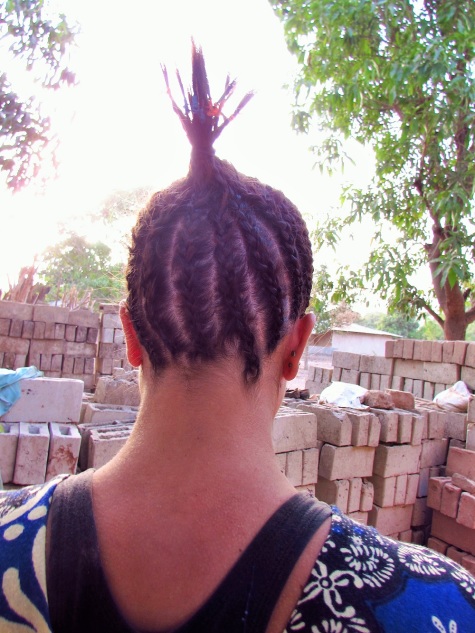 Still, perhaps the more entertaining hairstyle was the one I was left with when I took out all my tiny plaits. 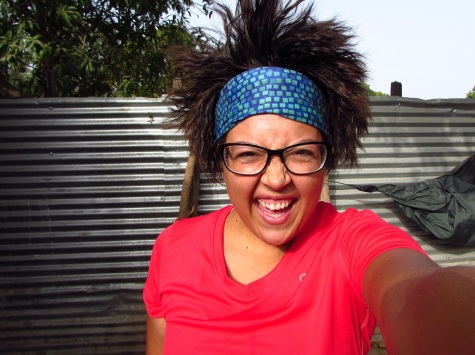 I went on to have my short hair plaited a few more times. One favorite was braiding the sides up to the middle where my hair was left natural for the punk rocker Mohawk look (which is unfortunately not captured in all its glory in these pictures). 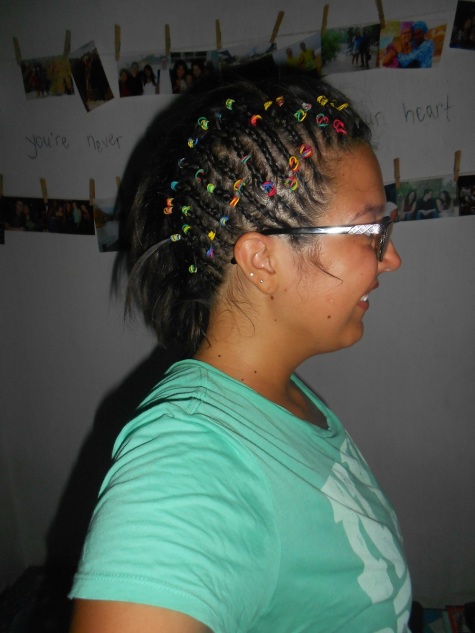 And of course, there was also the ubiquitous Gambian style of “the poof,” also known as pony tail plaits. I personally think the tight top rows made me look like a prisoner. 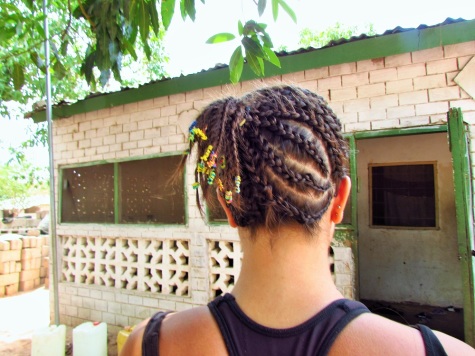 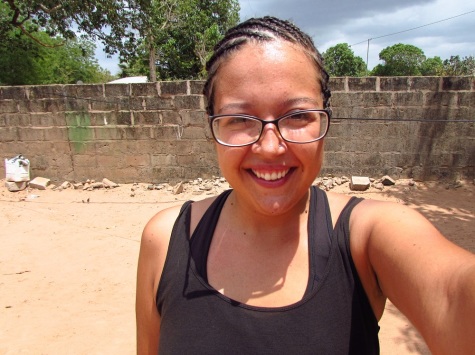 And then at last, I decided it was time to try out an old-fashioned weave. 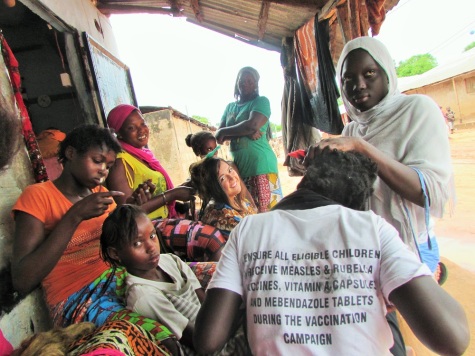 Just another day at the hair salon. 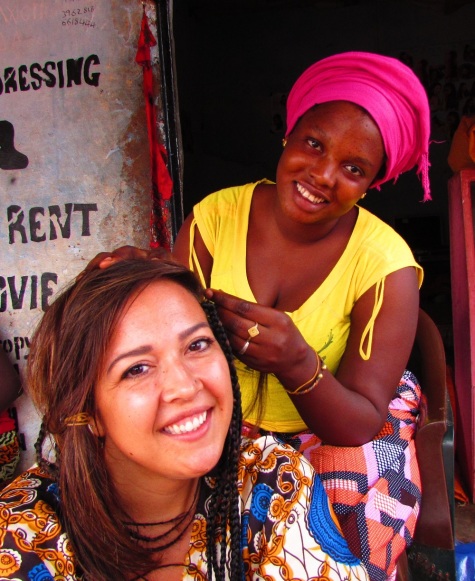 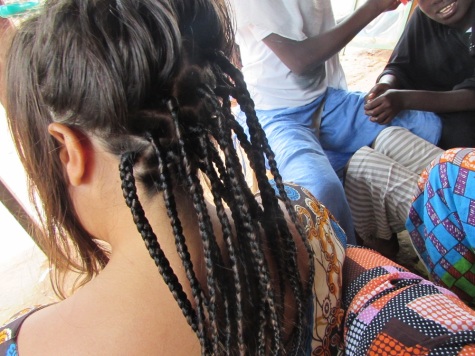 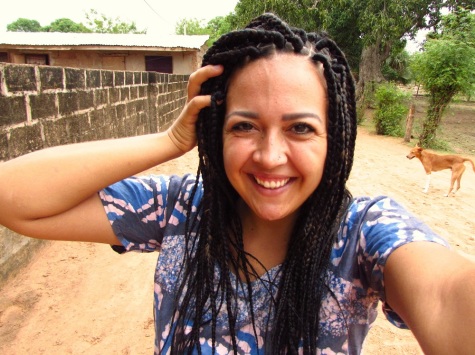 I had planned on keeping it in for a few weeks for a few reasons. (1) I could sport the look for a special program I’m taking the girls to in the city. (2) I would get more bang for my buck. $4 is a lot here, deh! And to spend on my hair?! (3) It would be easier for me to ration the little shampoo I have left here in village.

But, the fake hair itched like crazy, was terribly hot and was a huge inconvenience when exercising and fetching water. I barely lasted a week before I begged my sisters to help me take it out.

Note: See all of my experimental hairstyles as my hair grew out from a buzz cut down my back in a video next month.

← Beekeeping: A Lesson in Resilience
What makes The Smiling Coast smile? →