Beekeeping: A Lesson in Resilience

This is Part Two of a two-part series on beekeeping. To read the first installment, Colonies of Faith, click here.

Bees are perfectly predictable. They are most active in the heat of the day and quiet at night; they like flowering trees such as silk cottons, baobabs and cashews; the females do all the work; and a colony will do anything to protect its queen.

Yet, bees can be unpredictable too.

And as unpredictably as our bees came, they left. A massive storm knocked our first hive to the ground, causing the colony to abscond a few days later. Over the next few months, we tended to two more colonies that would eventually leave for reasons we would never discover. 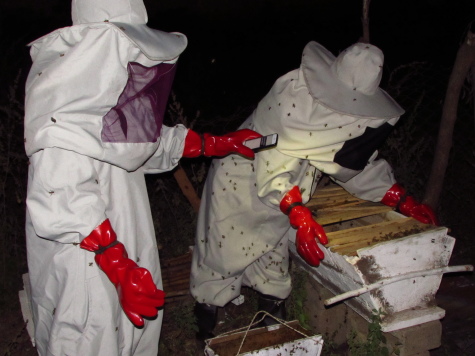 My mom and Ebrima transferring bees that would later leave the hive.

Later, as we tried and tried again, we found our catcher boxes empty, and worse, couldn’t find some of our boxes at all after villagers cut them down and stole them for the rope and wood.

“This has been a great lesson for you, a good experience,” my host father said to me one evening as Ebrima and I returned from another night of beekeeping without much honey. “This is Africa. You try and you try and you try and you put everything you have into something. But sometimes, it seems that there’s just nothing for us here – nothing but disappointment.” 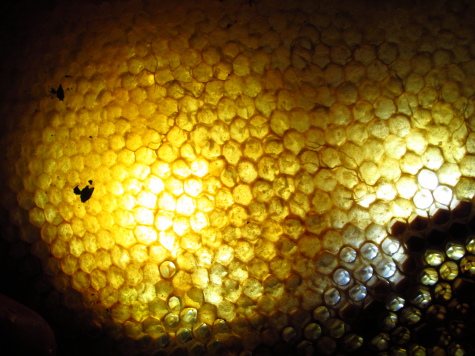 And it was with those words that he finally allowed my brother to go. Not The Back Way, they promised, but out of The Gambia. So with that, a year into our work, Ebrima left quietly in search of a short-term opportunity in neighboring Guinea Bissau.

That too failed. He returned home only a week later.

Ebrima and I continued to round on our remaining catcher boxes, but it seemed futile as they turned up empty again and again. We reminisced about the days we caught more bees than we knew what to do with to hide our disappointment.

I’d never really failed before joining the Peace Corps, but this was just the latest in a long list of things that left me feeling defeated. I was trying, but struggling, to fail with grace.

Resigned to the fact that our beekeeping days were over, Ebrima hauled all the empty KTB hives from the bush in to our compound. I told him I would sell the bee suits and most of the other supplies and that he could keep the money.

“But I want to try again,” he said. “You are leaving, but I am not. We had bad luck; it’s not a failure. You helped me get the experience and now I know what to do. I will try again.”

Proud as I was of his determined spirit, I was honestly hesitant about whether he’d have the grit to go at it alone.

Then in my last week in village, Ebrima asked me to accompany him for ol’ times sake. We needed to bring in the last of our empty catcher boxes still out hanging in the bush, a task that would finally halt all our beekeeping activities for the time being. Ebrima promised he would hang the boxes again after the rains, but I would have to finish my service in The Gambia and leave Ebrima without a single colony.

We looked up to check the first box. Empty. Ebrima scaled the tree, loosened the rope’s knot and threw it down to me. I pulled on it to lower the box. We walked further into the bush and stopped at the Eucalyptus tree where we had scored our first catch almost exactly a year ago. We looked up to check the box. Gone; another one stolen. With two boxes to go, we circled back toward our house to check the one in a friend’s cashew orchard. We met him at the gate.

In disbelief, we ran to see it for ourselves. Bees were fast in flight, buzzing to and fro, collecting pollen then zipping inside the catcher box.

As we skipped home, we met our younger brother running up to us along the way.

“You forgot the one in the mango tree,” he smiled. “I was trying to take it down for you because I thought it would be empty. I’m sorry, but I dropped it.”

Unpacking those bulky jumpsuits with the mesh face masks, the red rubber gloves and the black rubber boots, Ebrima beamed at me.

“We’re back in business,” he exclaimed. “Now you can go home and really know I am on it here. You see, the thing is: If you fail, of course you have disappointment, but you still have to try and try again.” 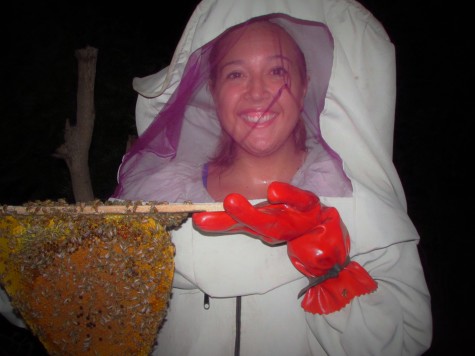 Me transferring bees to a hive during my last beekeeping session with Ebrima.