Since Day One, my sisters have been offering to arrange my marriage to a Gambian husband. With each new person I meet, it’s more of the same — a flood of questions about why I lack a husband and child.

In a culture where family life plays such an integral role and people are expected to get married and have babies, Gambians don’t understand how a 25-year-old woman could not only be single, but also say she doesn’t want a husband.

I’ve tried various tactics to deflect the interrogations and marriage proposals, many of which have been less than successful.

I first tried explaining that I am a career woman and how I think it will be difficult to get my Master’s degree and do development work abroad if I have a family. But the response to that is always the same. “You can travel and be separate from your husband. That is OK. People do it.” In Gambia, it is not uncommon for men to move to the States or Europe and stay away from their families for even decades.

In another situation, my brother complimented my improving laundry skills, by saying, “You are ready for a Gambian husband now.” He explained that my clothes were so clean that a Gambian man would also want me to wash his clothes. I told him that if I had a husband, I would tell him to wash his own clothes and cook his own food because I think men should share the chores. My brother replied: “Oh no! That is not good. In Gambia, you serve your husband.” I said, “You are right. So, no Gambian man will want to marry me. I can not have a Gambian husband.” My brother agreed that I would not be a desirable wife, but is convinced that I will eventually change my mind and not only want to get married, but that I can learn to be a “good” wife.

Clearly, these approaches were not working in my favor.

Other volunteers had told me that a foolproof method to stop the single smackdown was to point to a young boy and say: “He is my husband!” They promised it would cause an eruption of laughter and a halt to the questions. I was skeptical. But I was also desperate.

One day, during my sisters’ matchmaking routine, I pointed to our adorable 2-year-old brother and said: “Sanna is my husband! You did not know? I already have a husband, so you do not need to find me one.” 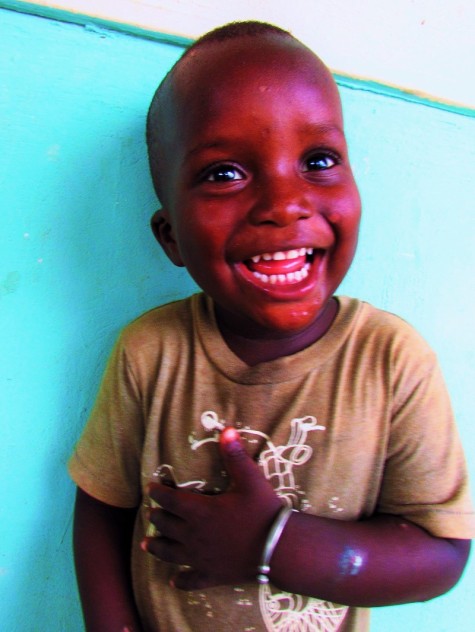 Like magic, they rolled over laughing and haven’t brought up my single status since.

Whenever the baby does something gross or silly, like fart, pee off the porch into the yard or get food all over his face as 2-year-old boys do, the girls all look at me and bellow: “Fatoumata, look at your husband! You must control him; he is very stubborn!”

For some reason, this is the funniest thing for Gambians and my whole family plays along when friends and neighbors start pestering me to get married.

“Oh stop! She has a husband already,” my sisters will jump into a conversation to save me as they shoot me a sly sideways glance. “And … her husband is even Gambian!”

← Janjanbureh: A piece of paradise
From the Kitchen: American Soup →