After much anticipation, The Peace Corps Staff revealed what language we would learn and with what tribe we would live.

I am a Jola, a tribe known for their strength and beautiful women. Yahya Jammeh, the current president, is also a Jola. The people were the last in The Gambia to convert to Islam. Many still incorporate their animist beliefs of jujus and witchcraft into their lives. Music is also a big part of their culture. Most Jolas live in the West Coast Region of the country (a clue for where I will be permanently posted after training!) Their language is also named Jola, sometimes spelled “Joolaa.” (It’s a spoken language that has never been written down, so spelling doesn’t really exist.)

I am learning the language and culture throughout the next 10 weeks through classes and integration with my host family. I live in a Jola compound in Soma, which is a big town about 1/3 inland, south of the river. Although many live in squalor, my family seems to be well off. The compound has 10 two-room houses, many of which are beautifully furnished. 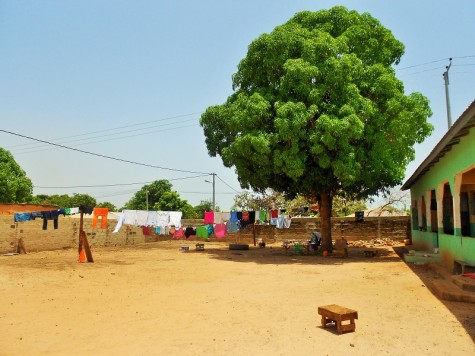 Our mango tree and block of main houses. 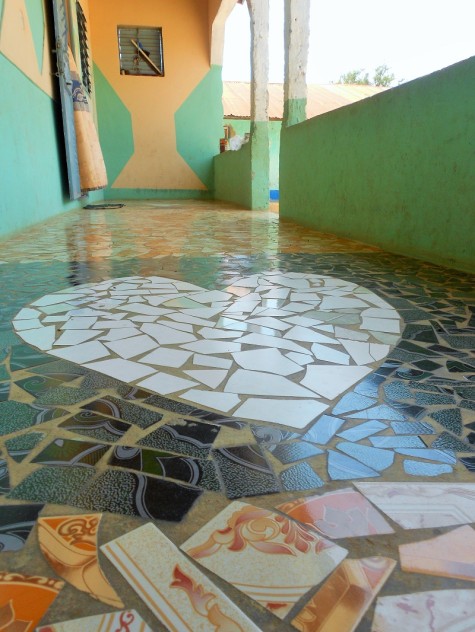 The beautiful tile on the verandah of the main house, which my host “cousin” built. 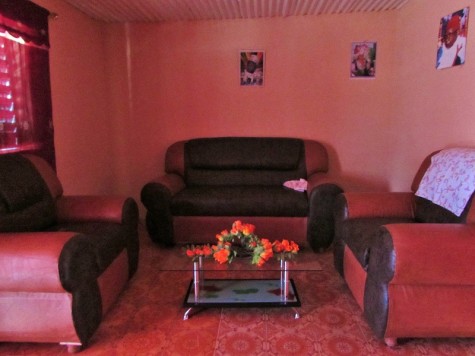 The inside of my host mother’s house. Mine is just concrete with a simple desk and bookshelf, which is what the Peace Corps provides every trainee.

We even have electricity, however sporadic, and a refrigerator. When the current is on, we watch TV on a 10-inch screen outside. 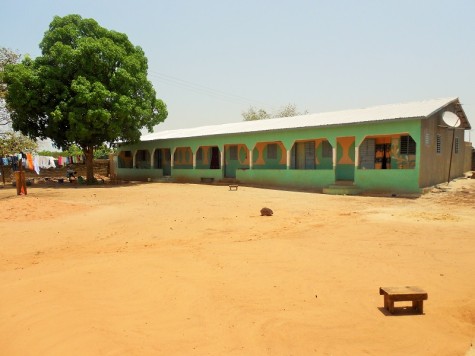 The main block of houses. Note the satellite dish on the right, which is ridiculous since we only have electricity every other night for an hour or two (sometimes). Haha.

We also have a tap in the compound, which makes fetching water less of a chore. The other trainees joke that I live in the Hilton. 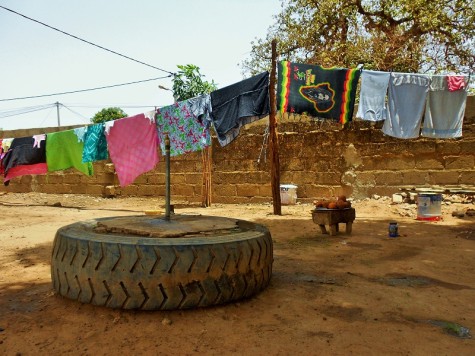 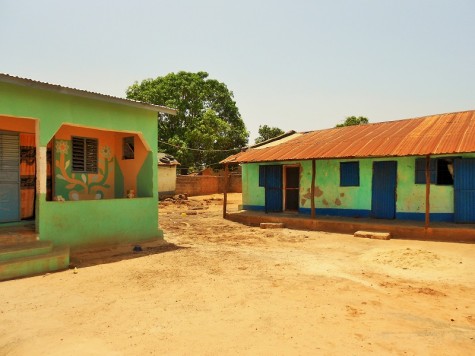 The corner house with the door open is my two-room space. I also have a private pit latrine and bathing area in the back. The rest of the family shares one outdoor toilet around the corner between the blocks of houses.

My father has two wives, whom each have four our five children. Many are grown and no longer live at home. I have four teenage/young adult sisters who live in the compound. However, only two are actually sisters. The others are either cousins or nieces but call me their sister. Four younger children also live with us, along with a guy in his 30s but how they are all related is confusing because family structures here are much different. A couple medical students are also renting rooms, but they don’t participate much in family affairs. I’ll write more about my family as I get to know them.

Until then, “Kasuumaay Keb.” Peace Only.