A new perspective on my least favorite holiday

I’ve really never been a big Halloween fan. I mean, I do love chocolate, but dressing up always seemed a bit silly to me. Plus, I hate all things scary: costumes, movies, haunted houses. No thank you.

Although it’s becoming a bit more popular here, Chileans don’t really get into Halloween, so I thought I’d be able to escape it this year. However, my best friend is a Halloween fanatic (the kind that starts thinking of her costume the year before and watches “The Nightmare Before Christmas” every night in October). Being so far from home, we often try to “stand in” for our  families and friends that can’t be here for various occasions. Since Nora wouldn’t be able to celebrate her favorite holiday with her equally-enthused Halloween friends in New York, I decided I better suck it up.

I taught my seventh and eighth graders various Halloween vocabulary before we played Halloween memory, bingo and then rocked out to the super cool Disney pop song, “Calling All the Monsters.” It was fun, but the real treat was making life-size skeletons with my fifth graders. First, we learned the parts of the body and danced to the classic childhood favorite, “Them Bones.”

Because many Chilean teachers run traditional pen-to-paper classrooms, my ESL students are always so motivated and excited for songs and hands-on activities. My fifth grade class, initially my most unruly, has become my favorite group of students since their behavior has improved. They are always so enthusiastic and consistently thank me for my classes, which just melts my heart. Plus, they’ve learned so much since not knowing “how are you” on the first day of class and it’s been great to watch their progress. 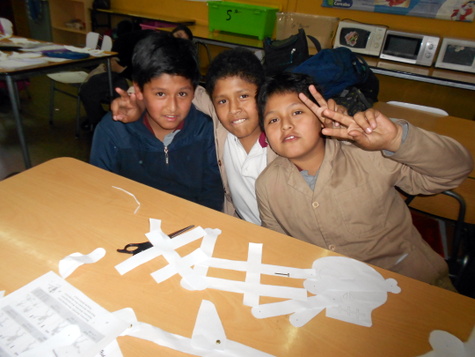 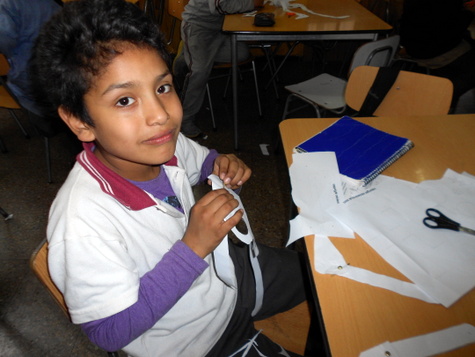 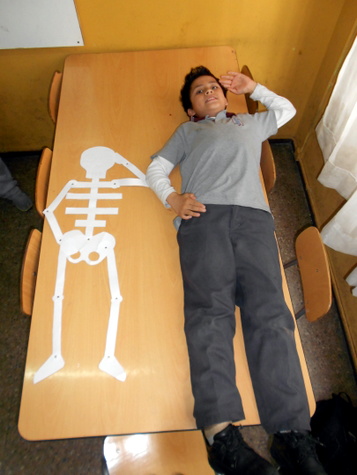 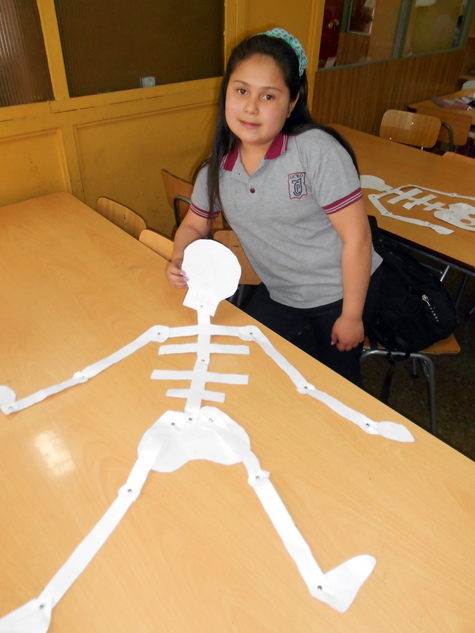 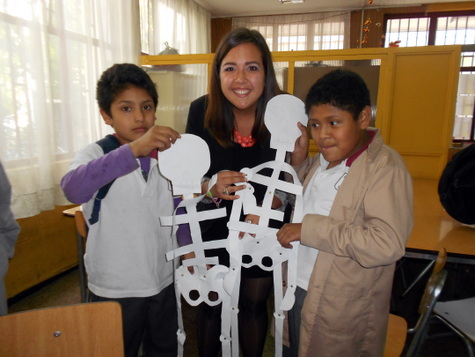 Jefferson and Fabrizio showing off their finished project.

After Halloween fun with the kids, I knew I was ready for some adult madness with my amigos. Any time us gringos go out for a particularly gringo occasion — actually, just any time we go out — all the gawking-what-the-heck-are-they-doing-stares we get are half the entertainment for the night. I knew Halloween would be no different and that my costume needed to be topnotch.

Nora and I had been brainstorming brunette-red haired duos for weeks to no avail. We decided to team up with our friend Caitlin to be the Orange is the New Black cast. But, finding orange scrubs in this town proved impossible.

Night before the big event, Nora dreamed up the brilliant idea of Napoleon and Pedro from that silly mid-2000s comedy, Napoleon Dynamite. Brilliant. Having such a creative costume and acting in character the entire night totally gave me a new perspective on Halloween. 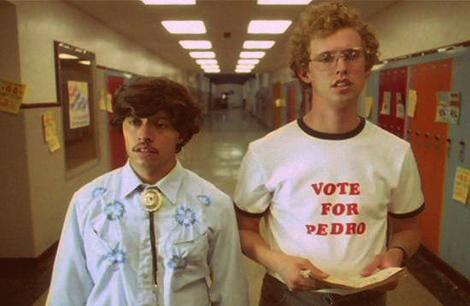 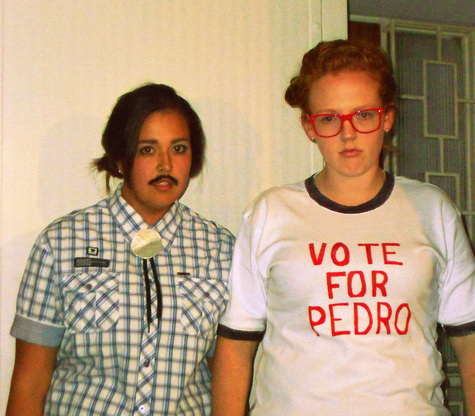 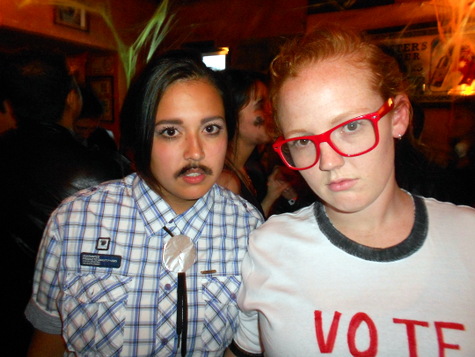 Pedro and Napoleon. I mean, really, you can barely tell the difference! 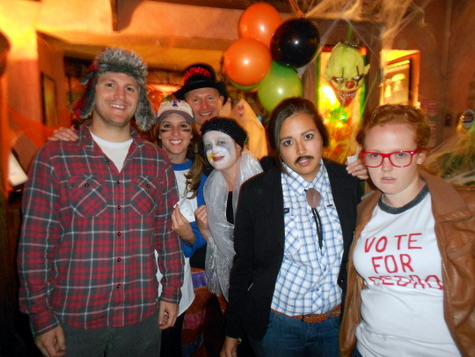 Although you can’t tell with my best “Pedro” face in action, I love these people!

Who knew I’d have my favorite Halloween in a country that doesn’t even really celebrate the holiday!

← The devil’s cellar guards the taste of Chile
Photo Gallery: The Color Run →