Fresh fruit on every corner

Chile is not known for its cuisine, but all the fresh produce can save almost any meal. I feel like I’m in a movie every time I walk down the street in the summertime air, passing fruit stands and food vendors on every other corner. Being from Las Vegas where the only thing sold on the street is sex, I still find it hard to believe that in an urban city of 7 million people, you can still find fresh produce just feet from office buildings, shopping districts and cafés. I have yet to taste anything but juicy, ripe fruits and veggies. The huge white peaches, grapes, strawberries and, of course, avocado are some of my favorite selections. 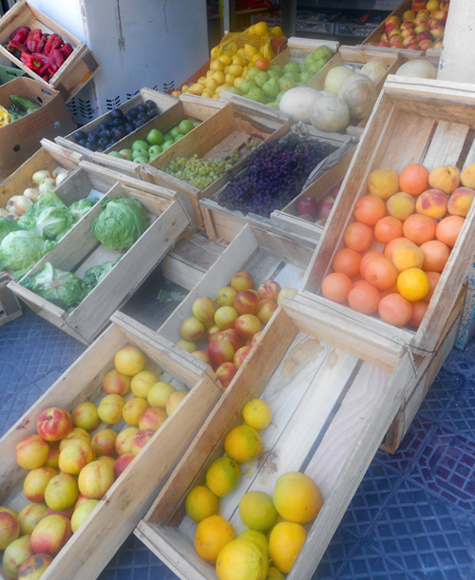 The best part of the fresh produce is that everything in Chile comes with a heaping serving of palta (avocado): sushi, the aforementioned hot dogs, chicken and rice, pasta with palta sauce. Sandwiches are generally topped with at least half a palta. Nora and I quickly incorporated this custom into our own lunch tradition. She bought a palta from the fruit stand she passed on her way to school every day, and we split it to spread across our sandwiches during our afternoon break. A typical salad is a plate of tomato and palta slices at some cafés. I know just a month ago I exclaimed I would never eat raw tomato, but now that can’t be further from the truth. However, I’m convinced the tomatoes here aren’t actually tomatoes, so I think that’s why I like them. They seriously don’t taste like any tomato I’ve ever tried when forced to do so by tomato-loving mother. Here, they’re juicy and full of a sweet, fresh flavor that goes perfectly with a pinch of salt. 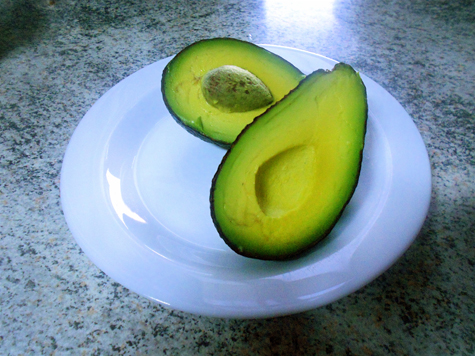 You don’t even know what avocados taste like unless you’ve had one from Chile. 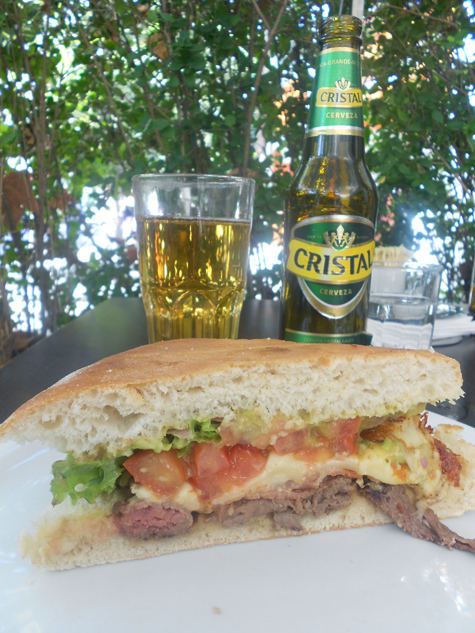 Proof I now eat tomatoes … spread across one of the best sandwiches I’ve ever had. There’s lots of palta on it as well, although you can’t see much in this picture. The Cristal was pretty good, too. ;) 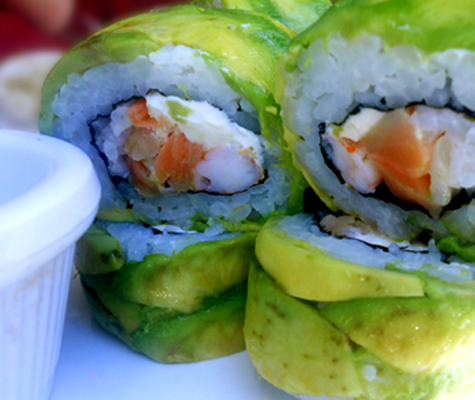 Yummy salmon, shrimp and palta roll from “Too Much Sushi” in Providencia. Notice that it’s not just topped with a piece of avocado like it might be in the States, but completely wrapped. Mmm!

Here’s a look inside Santiago’s most famous market: Mercado Central. The place is mostly known for its fish market, and has about 30 seafood restaurants scattered between the fresh fish stands. There is also fresh produce galore, which is much prettier to photograph than fish with the heads still attached. Nora and I made a quick stop at the market one afternoon a few weeks ago. We didn’t try any of the seafood while we were there because we were full on nearly a pound of strawberries we had shared from another market a few blocks away. I definitely want to go back and see if all the hype is true about the seafood, though … that is if I can bear to eat a meal with the hovering stench of fish stalls just feet away. The market opened in 1872 after taking 10 years to build. The metal work was made in England and shipped to Chile for the grandiose structure. 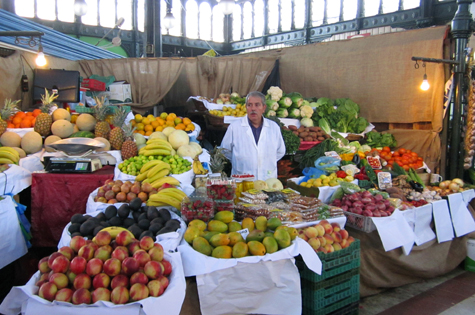 A fruit stand at Mercado Central / Photo by Nora Westcott 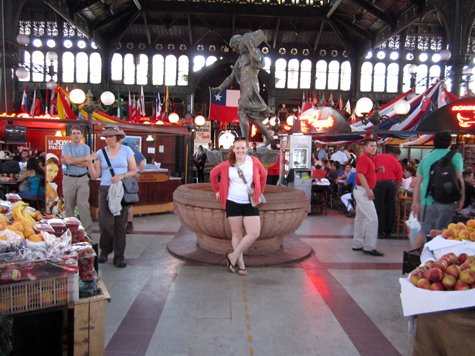 Despite the illustrious looks of Mercado Central, we actually found the best fruit from a sidewalk stand a few blocks away. You haven’t had frutillas (strawberries) until a woman scoops them from a wooden crate into a black plastic bag with her bare fruit juice-stained hands. We were only grossed out until we tasted them … then nothing else really mattered. We bought the smallest increment they would sell us, half a kilo, or about a pound, for about $1. The strawberries were so lush they looked as though they were marinating in a bucket of sauce, but it was just their natural juices. We picked up a bottle of water from another vendor and attempted to rinse them off a bit, although I’m not sure it did anything other than make the eating process even messier.

I don’t have the pictures of that awesome fruit stand or the strawberries, though. While taking a different photo a few minutes later, a thief grabbed my camera out of my hand and ran. I even had the wrist strap around my arm, but he stole it as I was putting it back in my bag so I think he had been watching for the perfect opportunity to rob me. As the tough Nora of New York chased him down, I stood on the street corner yelling at her to come back because I didn’t want to lose my camera and my only friend in Santiago within five minutes. She probably would have caught him and easily beat up the scrawny jerk, though, if she had been wearing her tennis shoes. But when he turned down a desolate alley, she didn’t want to find out whether he had a weapon, and she retreated. Luckily, it was just a camera that we lost that day.

After being bummed out about the ordeal, we at least had one thing to cheer us up. More strawberries! Nora captured the aftermath. 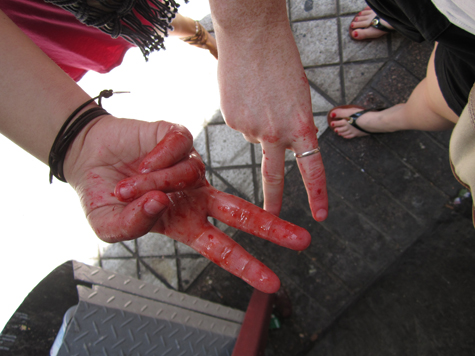 We somehow managed to keep our clothes clean during this process. / Photo by Nora Westcott 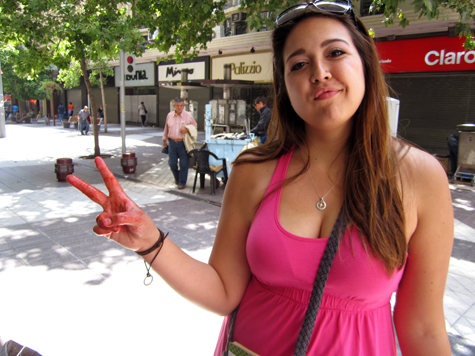