Every time I skip up the subway steps of a different metro stop, I feel like I’m seeing a completely new city for the first time. The character of each neighborhood is noticeably distinct, a diversity that continues to intrigue me. Just as I think I am starting to get in rhythm with the beat of the city, I remember I have a lot more exploring to do. My teacher training ends Friday, so time for more discovery certainly awaits. There are 32 communes in Santiago; here’s a glimpse at three popular ones:

Centro, where I live, by far has the most down-and-dirty downtown vibe of the neighborhoods. It’s full of street art, graffiti and rundown buildings. Albeit rundown, the architecture is fascinating. The streets are lined with mid-nineteenth century colonial architecture that show glimpses of what downtown used to be years ago. Even within the section of the city considered Centro, there’s plenty of contrast. Well-kept historical buildings, such as the former presidential headquarters La Moneda, glimmer just streets away from crumbling rooftops. 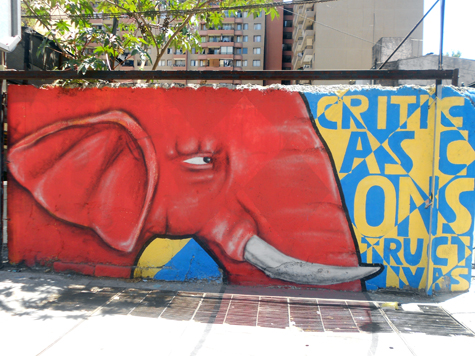 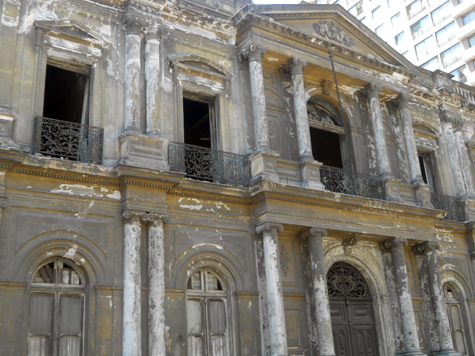 A vacant building next to the grocery store where I shop. 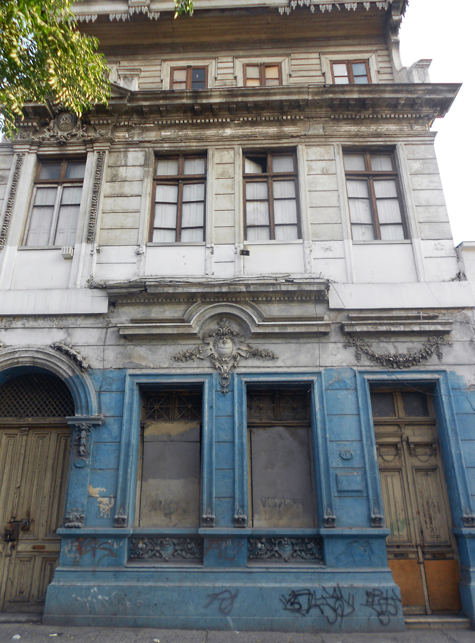 A building in Barrio Brasil in Centro. 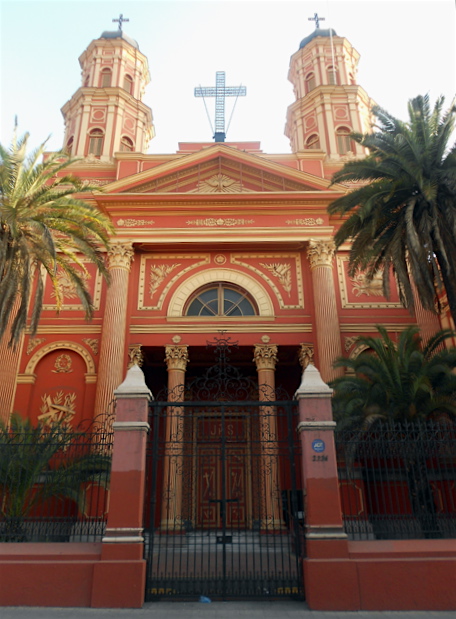 An incredible church in Barrio Brasil in Centro. 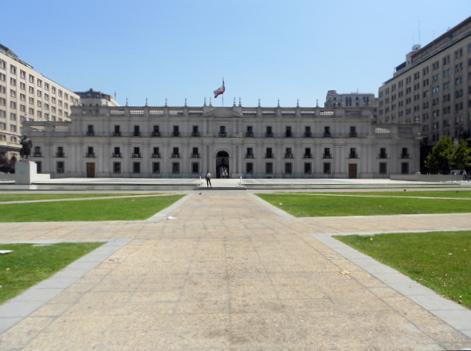 La Moneda was originally built as Chile's mint in 1805, and became the presidential headquarters in 1846. It remained as such until the 1973 coup. 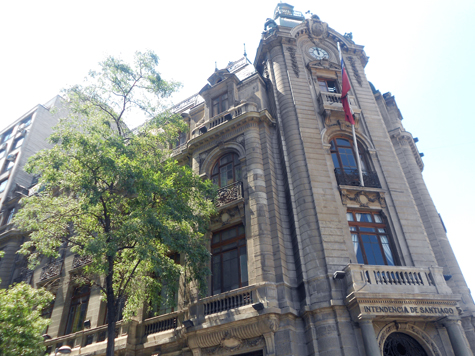 A neat looking building, with fascinating history I'm sure, in La Moneda Plaza.

Proviencia, where I attend TEFL training, is an upper-middle class neighborhood with lovely tree-lined streets in every direction. Cafés are bustling along cobblestone sidewalks just blocks from quiet residential quarters. Some parts of the area seem overly touristy at times, but regardless, there’s always something new to find on the next corner. The architecture is classic and suburban with touches of ultra-modernism here and there. 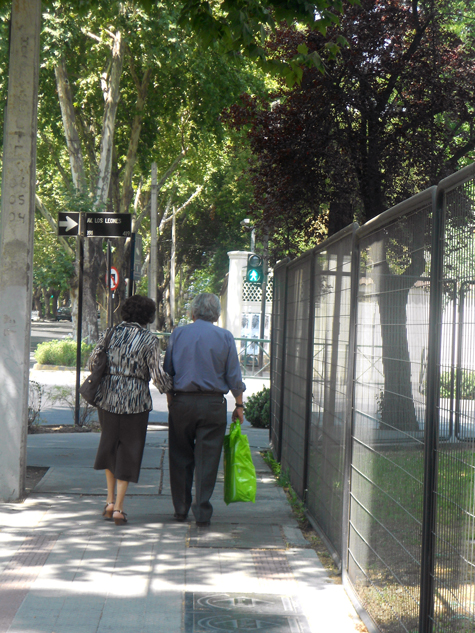 The cutest old Chilean couple, hand-in-hand and seeming perfectly in love on a lovely street a block from my school. 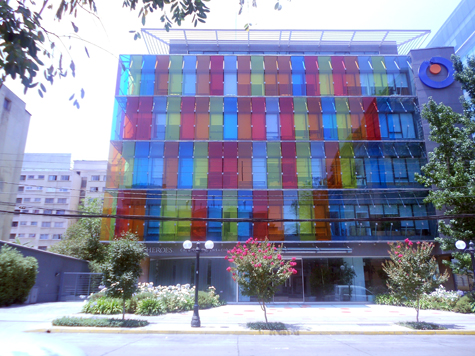 No idea what this building is, other than modernly innovative yet sleek and beautiful.

I haven’t seen too much of Las Condes yet but my first impression was all about the Andes. The mountains here seemed close enough to touch, in contrast to being merely a distant shadow behind the smog of downtown. Tucked between the modern highrises of the corporate world, a rose garden and park made for a perfect afternoon setting. The park served as a gateway to another contrast: a large mall, full of American brands and consumerism. 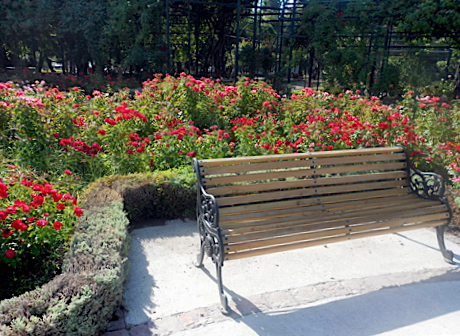 Pretty roses in the park. 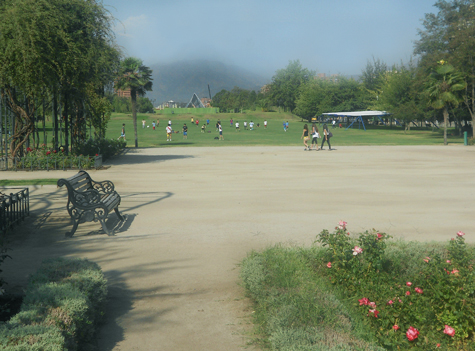 Kids playing fútbol in a park with a mountainous backdrop. 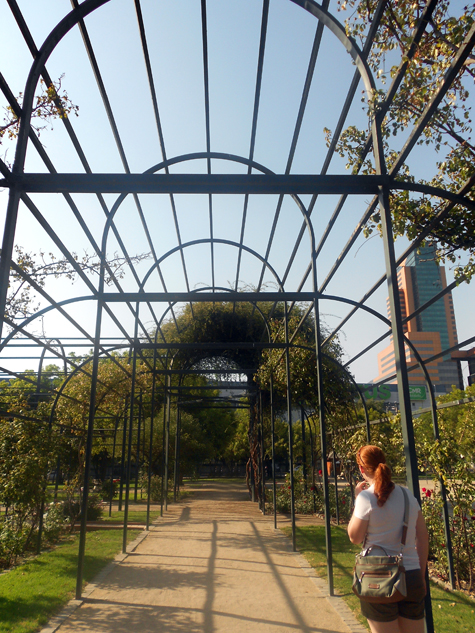 The lovely Nora walking through the rose garden. The highrise in the background is just one of many modern buildings in the area.

Leave a Reply to Mercedes Click here to cancel reply.

← Will we even recognize English 1,000 years from now?
An iced white mocha with soy milk, please →